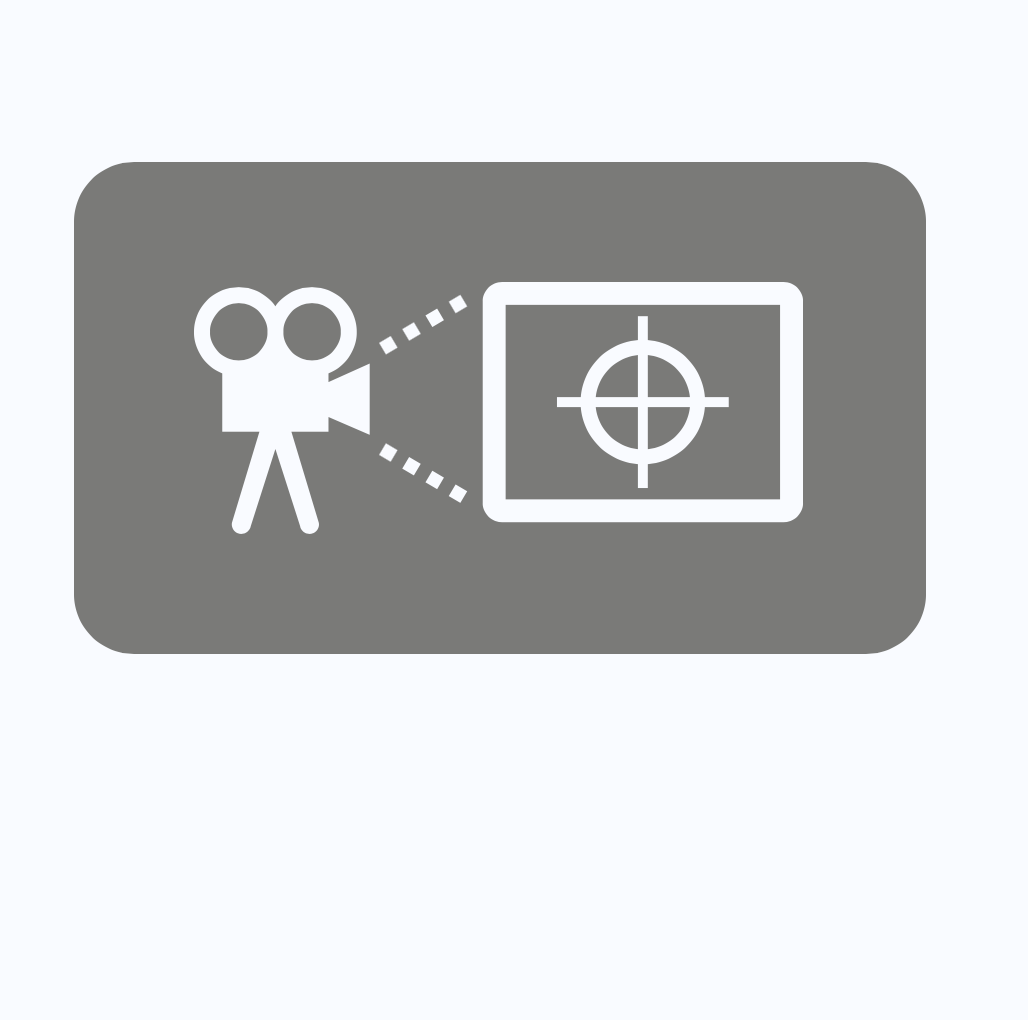 Why should I choose My Digital Conversion?

We use broadcast quality equipment that is maintained by the manufacturer or a qualified professional. We don’t buy our equipment at yard sales (unless it is a really really cool thing to showcase)! Everything is done locally and your project never leaves our building.

We compete on cost and quality. We take our time doing it right. We think it’s worth the wait.

Lastly, we want to make you happy. We are flexible. Just give us a try. You won’t be let down.

I can find better prices online, what's the deal?

We are cheaper on some items, and more expensive on others. We are not trying to be the cheapest. We want to be the best at the best price we can afford.

The equipment and KNOWLEDGE needed to make pristine digital files is expensive and hard earned. We have invested a small fortune in our professional equipment. And our end product shows it.

Bottom line: if we were the cheapest around, we would have to cut corners. Our customers would notice and not be happy, even if they were saving a few bucks. That said, there are some local companies who are hoping that you will never know the difference. Many people who have gone with those companies end up coming to us for a redo.

We take pride in our work. We just wouldn’t feel good making a lower quality product.

Our local Central PA customers value being able to hand their precious memories directly to the person who will be working on them. And even if you are shipping your memories to us from outside this local area, you will know your memories are in the hands of fairly paid Americans.

I don't know how long my tape/film is. Help!

If your tape is blank or has TV shows on it, it’s only a $1 charge for the time and wear and tear on our machines. Other than that, it’s a flat fee for each item.

Digital files are a great way to get your collection organized. Our file naming convention contains your project number followed by an item number. You can rename the files we send you, so that they make sense to you.

If you have lots and lots of media, we offer a volume discount of 10%. This way, you won’t spend countless hours going through (and possibly damaging) old media, and you will save money. Time is money after all!

If you are feeling adventurous, you can “Be the Producer” for a few hours. We sit down together and edit, rearrange, and make your footage work for you. It’s a great idea for gifts to give your friends and relatives a DVD starring them!

How can I ship my items to you? Who should I use?

We prefer you use a TRACKABLE shipping service such as FedEX Ground or UPS Ground. WE DO NOT RECOMMEND USING THE US POSTAL SERVICE because of tragic mishandling in the past. If you insist on shipping to us using USPS, you do so at your own risk.

When shipping to us, you should use a BOX! FedEx/Kinkos offers free boxes. UPS Stores vary per location.

Return shipping is $12-$15 typically. Our competitors charge less, but they use the post office  – NOT SAFE!

If you don’t want to pick up your items, we use FedEx Home Delivery to return items. This is a trackable system, and has never let us down since 2008.

Can you remove all the scratches and dirt on my films?

8mm film (as opposed to video) is a beautiful and rugged technology. There is something nostalgic about the look of it. However, being film, it is easily scratched. Over the years mold grows on it. It becomes brittle. Projectors (not ours!) use high heat bulbs to project the image and claws to move the film past the bulb. Film has lived a harsh life!

We use a very safe cleaner that lubricates the film (and helps with brittleness), kills mold, and cleans the dust and dirt away. BUT- and some people’s expectations are let down with this fact- if the film has been scratched or damaged in any way, you will see those scratches. And honestly, unless your film was stored in perfect conditions, you will see lots of “dirt” in the final product where dust has left a permanent scar on the film, despite cleaning.

Dirt and scratches are kind of part of the experience, in our opinion. In fact, modern editors sometimes ADD scratches to video to make it look “real.”

Scratch removal is very expensive. Think of it this way: for each second you see on screen, 18 tiny pictures were taken. We can fix the scratches, but it costs $5 per frame, out of the budget of most folks.

We have seen PERFECT film that was stored in the best environment, and may have been projected once in a lifetime with a great projector that did not scratch the film. Those are the lucky films. We have seen severely damaged film that was stored in a paper bag in a hot attic, and was projected 100 times on a cheap projector, and then were soaked by a water leak. Those films need a lot of TLC. We do our best to make the film supple again. We will not transfer any film that is too damaged to go through our scanning machine. We will splice the good lengths of film together to salvage what we can.

SO, with all of that said, MOST films are just fine and a lot of fun to watch. And you’ll be so mesmerized by seeing what’s on the film that you probably won’t notice the boo-boos.

Why does a reel-to-reel cost more to transfer?

Reel-to-reel machines are legacy equipment. It’s really hard to find parts for these machines, and it’s expensive to keep them running. We need to make sure to charge enough to cover the cost of maintenance.

Do you watch every tape?

Yes and no. In order to ensure quality, we scan your digitized footage at high speed to check for errors. For our Scene-by-Scene Color-Correction Service, we watch the footage – but we do so at a fairly fast speed. In other words, we are not watching your family memories in real time. We love seeing happy faces during milestones like births, graduations, etc. but that’s as far as our “voyeurism” goes.

Our editors undergo background checks similar to that of a teacher applying for a job. No stalkers here!

Here’s a few things we at MyDigitalConversion.com have seen:
• Bad 1980s haircuts. Mullets for guys, Perms and Aquanet for gals.
• Filming the births of children like a science documentary while mom was sedated.
• Grandma posing in 1958 in lingerie for grandpa (they never thought anyone would find that reel).
• Parents smoking and drinking in college before they had kids.
• Parents smoking illegal substances in front of their kids. The days before facebook and YouTube!

With that said, if we see anything that might be even potentially embarrassing, we will call you to see if we should edit it out. For example, a mother of teenagers submitted her tapes recorded when her kids were babies. Among the scene was her and her husband smoking cigarettes and drinking a few on a balcony in Mexico while on vacation before the kids were born. We called, and she said “YES! Cut those scenes out! Our teens would never let us forget that we did the very things we preach about!”

So, yeah we got your back!

My order is too dark! Why?

“I got my DVDs back and there are some scenes that I can barely see anyone or they look terrible!”

With our standard high quality service, we enhance the saturation of color in scenes. But since every scene is different, some being bright, some dark, we can’t simply brighten an entire tape with good results. If your footage is very dark, or the colors are terrible, you might want our Scene-by-Scene service below.

With our Scene-by-Scene Color-Correction Service, we do our best to “color-correct,” and make dark scenes brighter. So if you see dark or fuzzy scenes, it usually means the scene was VERY dark to begin with. In fact, those scenes may have looked completely black when first viewed on a normal projector. If we see any detail at all, we try to brighten it up in case it is the only image left of Uncle Fred, for example.

Of course, if you think we could do better, call or email us and we will check out work. We hold onto your footage for 6 months so that we can address any problems. If it was our mistake, we will replace your DVD’ digital file with a new one free of charge.

How do I get to your location? I need directions!

If coming from 441 from the West (Elizabethtown, Maytown, Harrisburg area), follow 441 and turn on to N Bridge Street at the light, then quickly turn on to N Gay Street. Follow Gay Street and turn left on to Apple Avenue. From there, you will see our back parking lot that you can turn on to and park in.